Free shipping on any purchase with a minimum budget limit.

The 15 Rules Every Man Should Know About Dressing Well

What Exactly Is a Brand?

Fashion marketing relies heavily on media of all kinds. In the late 18th century, the first fashion magazines appeared in England and France. Fashion magazines, such as the French La Mode Illustrée, the British Lady’s Realm, and the American Godey’s Lady’s Book, proliferated and flourished in the nineteenth century.

Fashion magazines, which featured articles, hand-colored illustrations (known as fashion plates), and advertisements, played an important role in promoting the democratization of fashion in the modern era, alongside other developments such as the sewing machine, department stores, and ready-to-wear clothing produced in standard sizes.

In the early twentieth century, the development of effective and inexpensive methods of reproducing photographs in print media led to the rise of fashion photography and heavily illustrated fashion magazines such as Vogue. Magazine advertising quickly established itself as a key marketing tool for the fashion industry.

The invention of cinema newsreels—short motion pictures of current events—and the rise of television enabled people all over the world to watch fashion shows and dress like celebrities.

The dominance of visual media has persisted in the Internet age, with fashion blogs emerging as an increasingly important means of disseminating fashion information. Red-carpet events, such as award ceremonies, allow celebrities to be photographed wearing designer clothing, providing valuable publicity to the designers.

Fashion Around the World

Most people in the world today dress in what is known as “world fashion,” which is a simplified and very low-cost version of Western clothing, often consisting of a T-shirt with pants or a skirt that is mass-produced.

However, in various parts of the world, there are numerous smaller and specialized fashion industries that cater to specific national, regional, ethnic, or religious markets. Design, production, and marketing of saris in India and boubous in Senegal are two examples. On a smaller and more localized scale, these industries coexist with the global fashion industry.

In the early twenty-first century, one significant development in the field of ethno-religious dress was the widespread adoption of the hijab (religiously appropriate attire) among Muslim women not only in the Middle East but throughout the Islamic world. 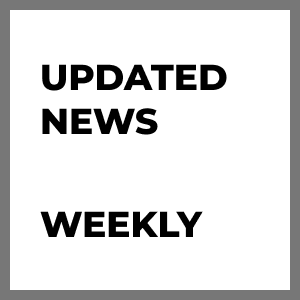 Fashion Industry Statistics: The 4th Largest Sector is About Much More Than Clothing

Learn about the Person Behind the Clothing Color

E-mail, call or chat with us: